Since Adesua Etomi and Banky W announced their engagement, all of Nigeria has been counting down to the wedding of the year. The fashion crowd was particularly interested in who Etomi would wear for the big day. (The odds were Banky would be wearing Mai Atafo and they were right.)

Of course, Adesua has everything it takes to become a style star; but a number of carefully orchestrated looks have stood out and have created a timeline of Etomi’s ascension into a fashion trendsetter.

At the 2016 AMVCA’s where Etomi was nominated and won the best actress award, April by Kunbi came through with a bespoke teal dress with a giant bow, which proved once and for all that she was willing to take some fashion risks. 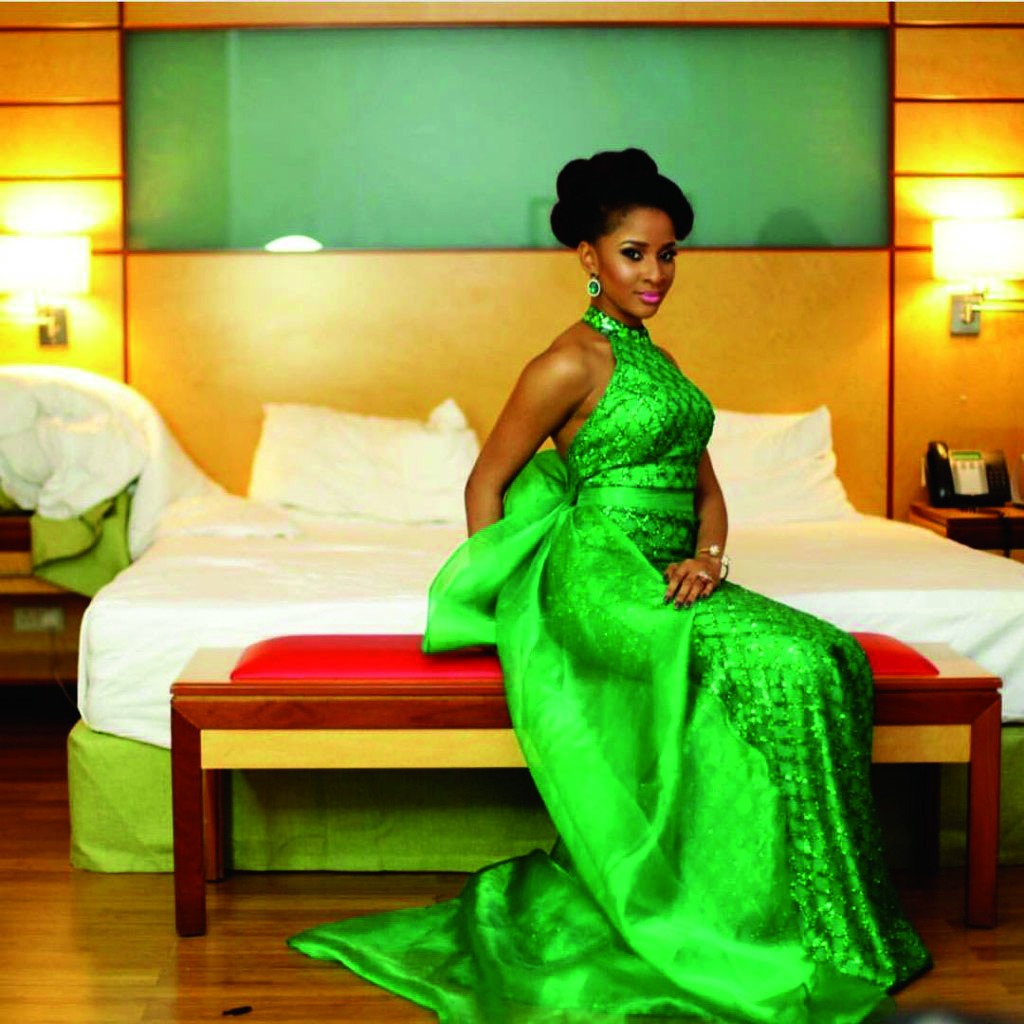 Until this point, Etomi had worn a number of high profile designers and looked good in them, but she’d never really gotten the fashion crowd all a flutter. That was until December 2016 when Etomi co-hosted the SoundCity MVP awards in a structured Samuel Noon dress styled by Tosin Ogundadegbe, paired with complementary lips and gold accessories. 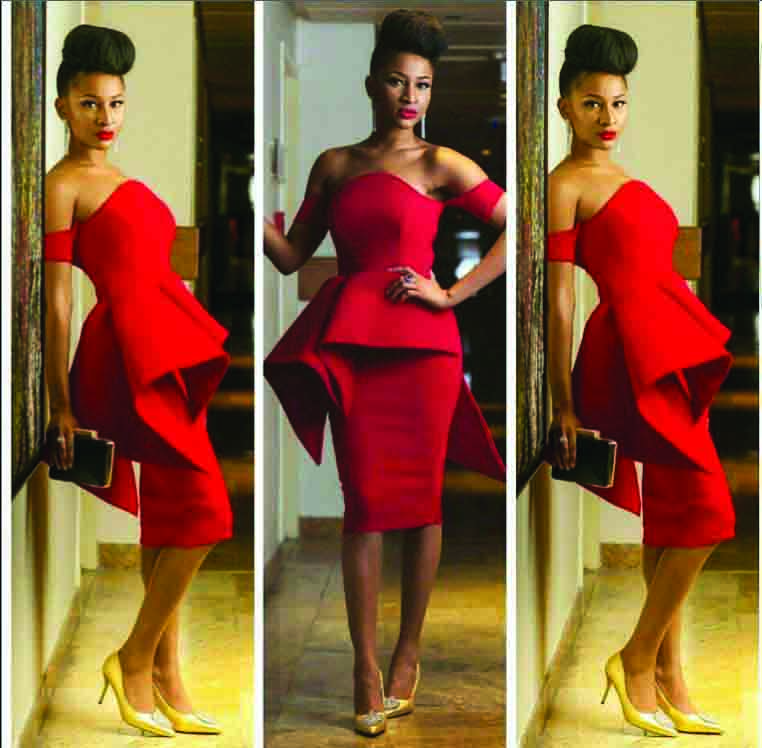 She followed this with an appearance at the 2017 AMVCA’s in a floral multi-strap dress with 3D floral detailing, made to order for her by Mai Atafo. Until the controversy over the dress being plagiarised overshadowed Etomi’s appearance, it had made several best-dressed lists and put her firmly in the realm of designer darling. 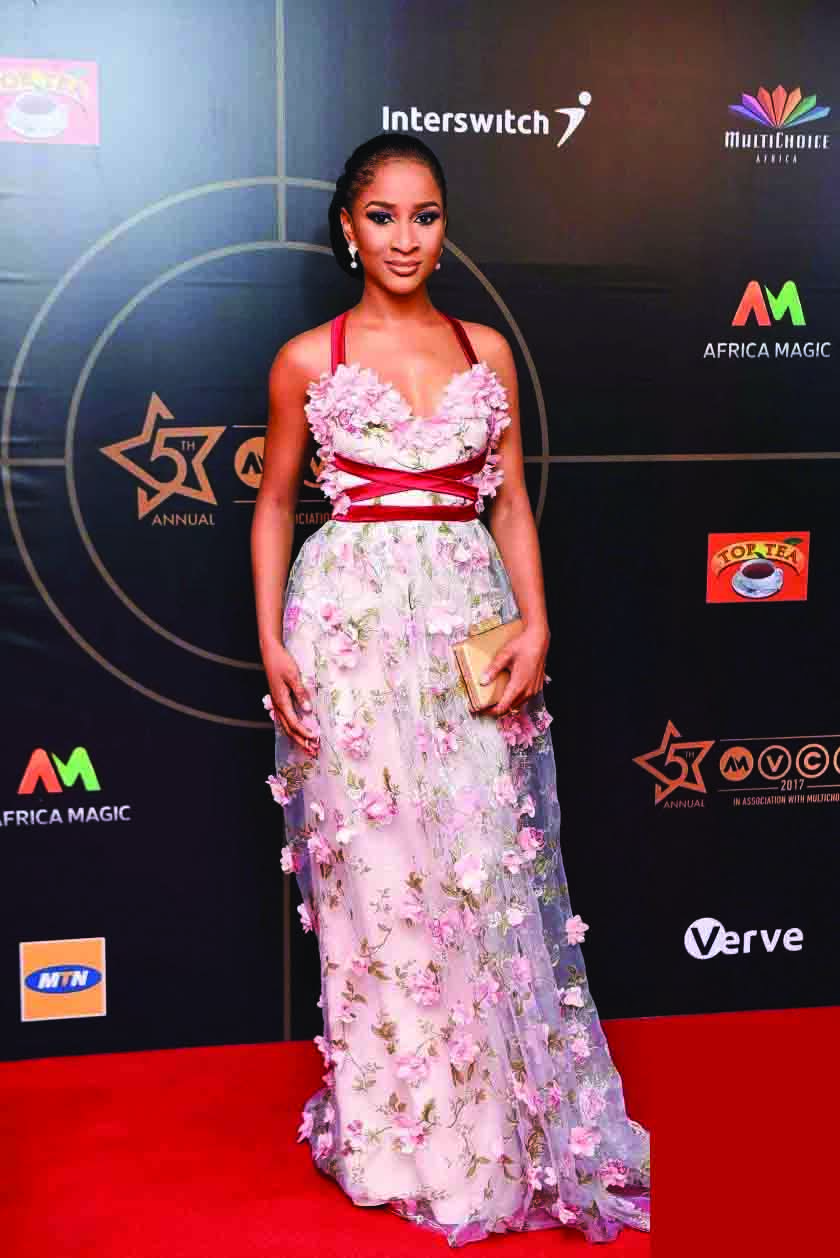 At this point, Etomi had proven she could make a designer, but she’d never sparked a viral trend. That changed after her introduction ceremony to Banky W. Her dress was designed by Toju Foyeh and together they created a dress that was a convergence of many trends; intricate beading, the cold shoulder trend, statement sleeves, and a luxurious wine palette for the event. By the end of the month, we’d seen several brides ape all the cardinal elements of the dress, and by late 2017, Adesua’s introduction dress had started a viral trend. 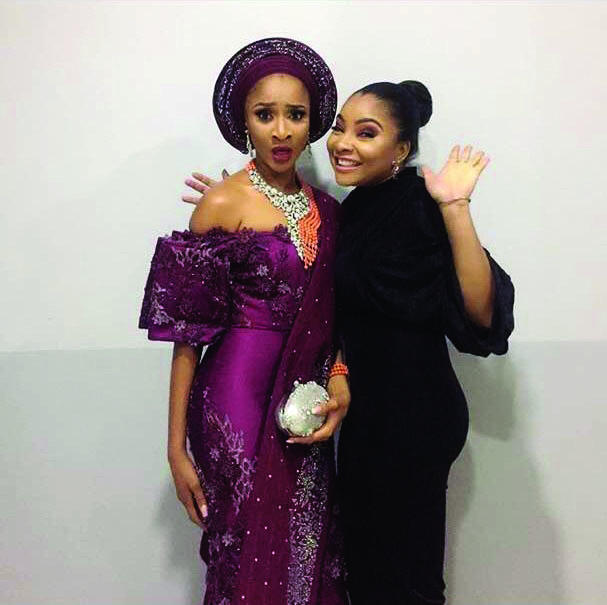 Adesua threw us a curve ball when she switched designers for the bridal shower dress and went with Tubo, who made a flirty white number with delicate fabric flowers which suggested that Etomi could do soft and sensual as well as she could do high glamour. 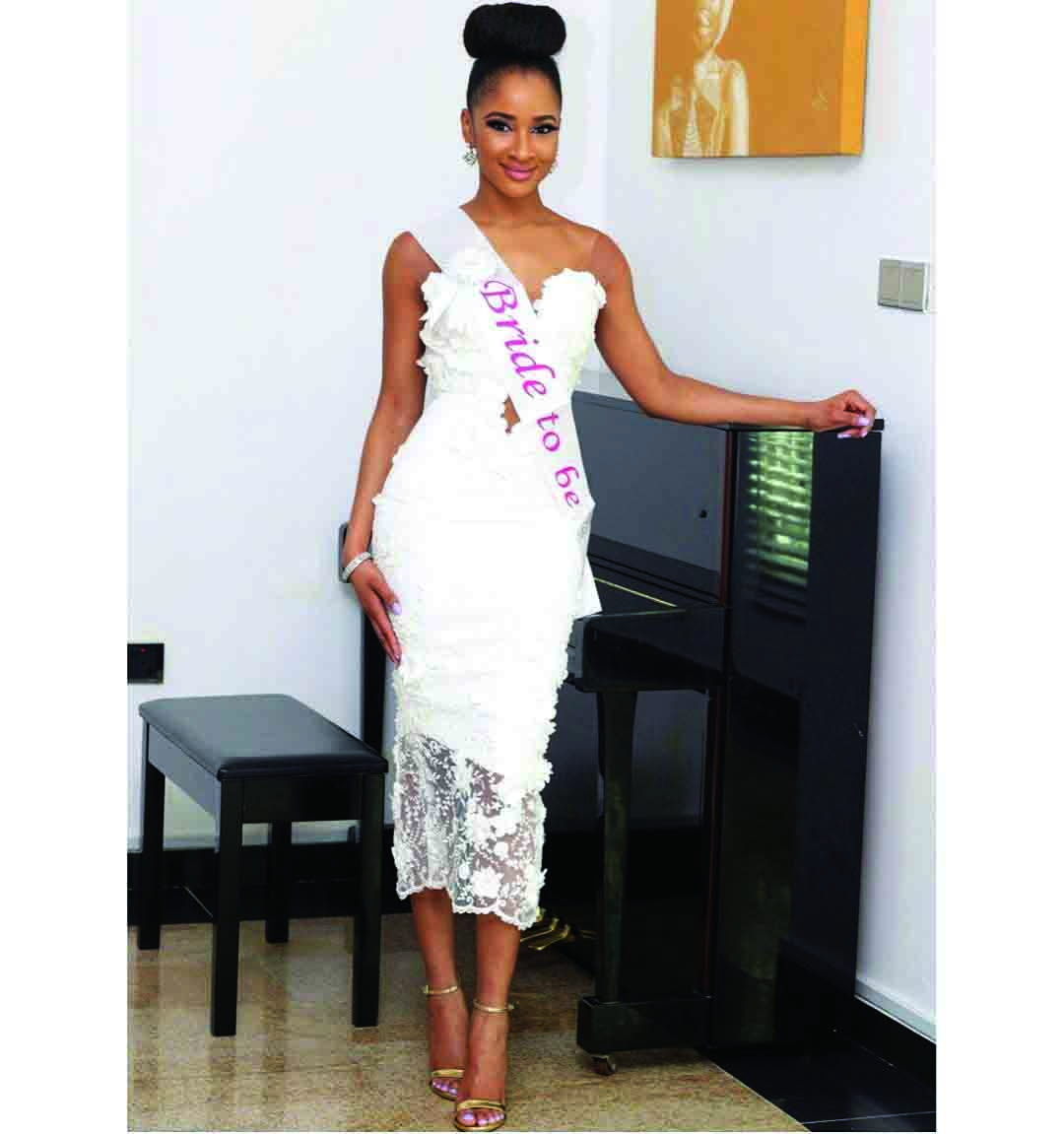 But high glam is where Etomi truly thrives. For her traditional wedding in Lagos, she went through not one, but three bejewelled wedding dresses, returning to Toju Foyeh who made her introduction dress. The dress choices for the traditional wedding, while interesting in their own right, will certainly not have the kind of impact her introduction dress did. But what it does do, is drum up speculation about who she will wear for her white wedding in South Africa in December. 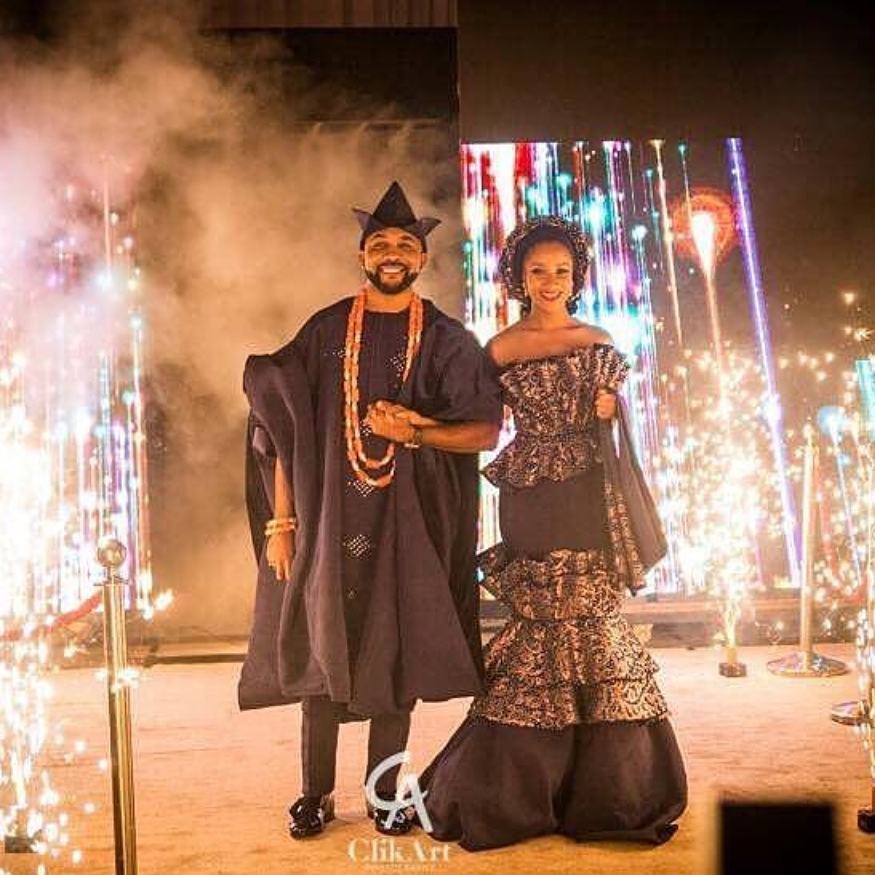 Whoever it will be, one thing is sure: just like Tiwa’s in 2015, Adesua’s wedding dress will be one of the biggest fashion moments of 2017.