Sridevi, one of India’s most celebrated actresses, has died of cardiac arrest in Dubai.

Family members confirmed to the Indian Express website that the actress had passed away on Saturday morning while attending a family wedding.

“It is true that Sridevi passed away. I just landed here [India], I was in Dubai and now I am flying back to Dubai,” her brother-in-law Sanjay Kapoor told the news outlet.

She is survived by her husband, Boney Kapoor, and daughters Jhanvi and Khushi.

India’s Prime Minister Narendra Modi offered his condolences on the demise of the veteran actress.

Have witnessed Sridevi’s life from an adolescent teenager to the magnificeint lady she became. Her stardom was well deserved. Many happy moments with her flash through my mind including the last time I met her. Sadma’s lullaby haunts me now. We’ll miss her

Born Shree Amma Yanger Ayyapan in the southern Indian state of Tamil Nadu, Sridevi started acting at the age of four with a role in the Tamil language film, Thunaivan.

The actress made her Bollywooddebut in 1979 with “Solva Sawan” (16th spring), but she made her mark in the Hindi film industry with the film “Sadma” (Shock). 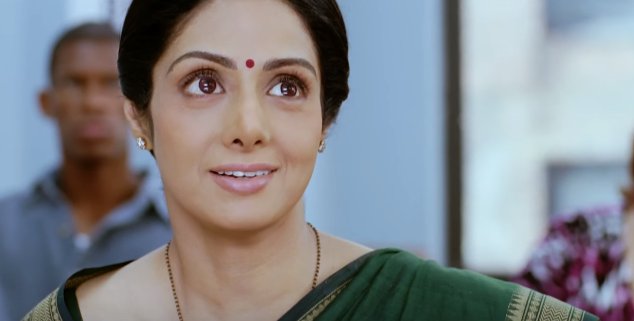 An actress with unparalleled talent and a vibrant soul. #Sridevi, you will be remembered for years to come. → https://goo.gl/vVJKcC

She went on to become a fixture of the Indian film industry, appearing in more than 300 movies, spanning six decades, and picking up scores of awards for her performances.

Her starring role in the 1987 adventure film, Mr India, earned her superstar status in South Asia.

The film was the highest grossing Indian film that year and is widely regarded as a cult classic. Her last film, MOM, was released in 2017.

Other memorable films in which she appeared include Chandni, Himmatwala, ChaalBaaz, Nagina and Gumrah among others.

The Bollywood star was awarded the Padma Shri, India’s fourth-highest civilian honour, in 2013.

Can’t get myself to believe…. I thought it was a hoax. #Sridevi

Her death caused shockwaves on social media, with Bollywood fans in India and abroad expressing their disbelief.

“I have no words. Condolences to everyone who loved #Sridevi . A dark day,” wrote Bollywood actress, Priyanka Chopra.

“A legendary actress who many of us grew up watching,” wrote Noreen Khan, a British Asian radio presenter.