It is a mistake to imagine that any potential war with North Korea will be like a gentlemanly game of chess, in which each side takes turns and the understandings for offence and defence are robust. This misperception is particularly evident in two areas.

First, it is assumed that the missile defences currently bristling around South Korea and Japan will protect them from short, medium and long-range intercontinental missiles sent from North Korea. The hopes in this area are pinned on remarkable achievements of these systems tracking and destroying missiles.

The well-touted examples in this area include the Aegis and Terminal High Altitude Defence (THAAD) systems against medium-range missiles, which have successful interception rates of 83 percent and 100 percent, respectively. The short-range missile defence systems, such as the Patriot, also appears to have improved greatly in recent times.

Second, most of the testing is conducted in near perfect conditions, in which one target is carefully tracked and destroyed. Third, the scale of the deployment is small. That is, with the American Ground-based Midcourse Defence system against intercontinental missiles, only 44 interceptors have been deployed. With the THAAD, only one battery (with 48 interceptor missiles) has been deployed in South Korea, although this has been supplemented with 16 batteries of Patriot missiles (each with 16 launchers). 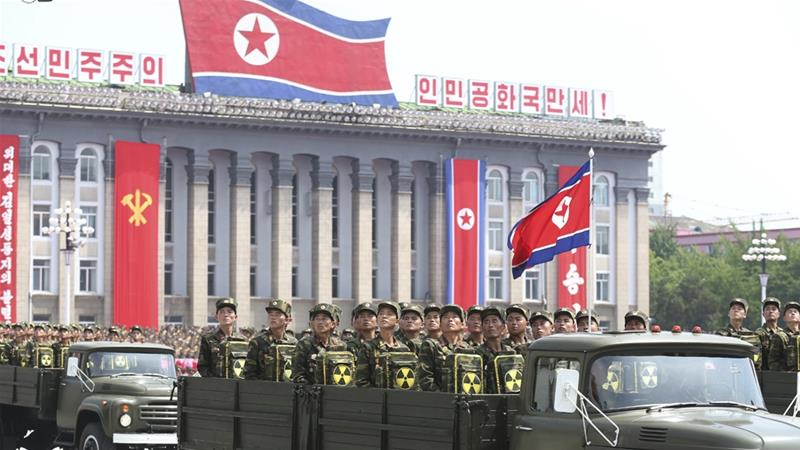 Although supported by other anti-missile technologies, these ones will be the forefront of trying to stop, at best guess, 200 missile launchersand between 600 to 1000 short-range missiles and maybe 100 other medium and long-range missiles coming in from North Korea.

It can be expected that North Korea would fire most of these with great speed, deception and strategy, to attack, overpower and trick the missile defences. This attack would be nothing like the near perfect field conditions that most missile testing is currently conducted.

The second misperception is that although missiles may be the preferred delivery system for nuclear weapons, this is not the case for the other weapons of mass destruction, namely chemical and biological weapons that North Korea may possess.

The base problem here is that although the international community agreed to prohibitboth chemical and biological weapons as methods of warfare in 1925 and then updated these prohibitions for bioweapons in 1972 and chemical weapons in 1993, it is not at all clear that North Korea considers itself bound by these considerations. That is, although North Korea signatory to the 1925 agreement, it is not a signatory to 1993 convention, and although it has adhered to the 1972 convention, it has fallen far behind the rudimentary expectations in this area.

In short, be sceptical about what the missile defences can actually achieve, expect chemical weapons to be part of the mix and don’t be surprised if bioweapons were also thrown in.

Of chemical weapons, the strongest evidence of what they possess is the assassination of Kim Jong-nam with VX gas in Malaysia. This proof followed decades of speculation that North Korea was manufacturing chemical weapons.

Current South Korean estimates suggest that the North has an existing stockpile of between 2,500 and 5,000 metric tonnes of chemical weapons. Although chemical weapons can also be delivered by missile, plane or human hands, it is likely that the North Korean ones would be delivered by the 5,400 rocket launchers and 4,400 artillery pieces that they are believed to possess.

Although some analysts argue that Kim Jong-un‘s highly publicised official visits to seemingly unimportant pesticide factories and other laboratories in North Korea signal the existence of a covert bioweapons programme, our knowledge in this area is nothing more than guesswork.

Although it appears likely that North Korea has been developing bioweapons since the 1960s , and probably has understanding of about 13 types of biological weapons (including plague, anthrax, cholera and smallpox), there is no unambiguous evidencesuggesting a large scale, advanced and successful bioweapons programme and production in North Korea.

There are currently black holes of knowledge with regards to whether North Korea have successfully weaponised biological material and passed the barriers that stopped others; whether they have effective delivery systems (which could be missiles, drones, planes and/or human agents) and whether they have defence measures to ensure that any pathogens do not backlash against their own population.

However, this scarcity of information within a country shrouded in secrecy, which has continually surprised the international community with advances in nuclear and missile technology, should not, under any circumstances, be taken as proof that they do not possess effective bioweapons.

In short, there aren’t fully effective defences established to protect South Korea, Japan or other countries in case North Korea decides to go to war.