Defending world champions Germany crashed out of the World Cup after a shock 2-0 loss to South Korea, courtesy of two stoppage-time goals.

The four-time winners, who had not been eliminated in a World Cup first round since 1938, were a shadow of their once dominant selves, managing only two goals in their three group games.

South Korea, also eliminated, had the best early chance of the game when Germany keeper Manuel Neuer spilled a free kick in the 19th minute but managed to recover quickly and slap the ball away.

Nervous Germany increased the pressure after the break and poured forward but despite dominating the second half, they could not find the back of the net before South Korea’s last-gasp brace.

Meanwhile, Sweden thumped Mexico 3-0, overpowering their opponents after a scoreless first half in a result that means both teams advance to the World Cup last 16 at the expense of Germany.

Sweden finished top of Group F on goal difference, with both teams on six points ahead of Germany and South Korea on three apiece, after the champions went down 2-0 in a shock result in Kazan. 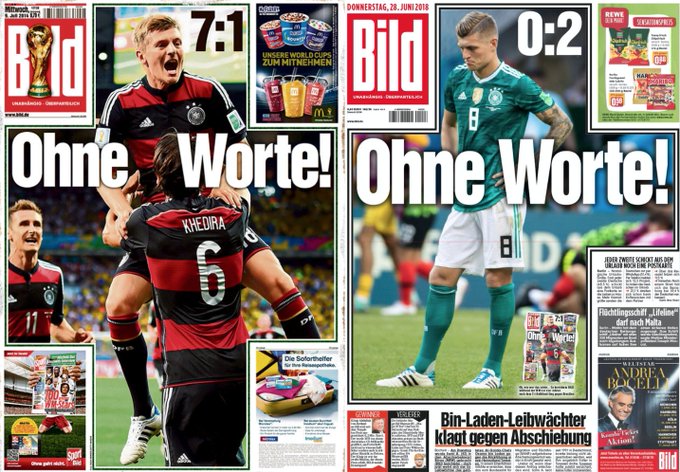 German fans were left shocked and dismayed after the national team’s exit.

Top selling daily Bild splashed “OUT!” across its website after the defending champions’ defeat, calling it a nightmare but adding “we didn’t deserve any better”.

“The biggest disgrace in German World Cup History. The 0:2 loss is the embarrassing end to a catastrophic group phase,” it wrote on its website.

Chancellor Angela Merkel, who often attends national team games, expressed her disappointment at an event on artificial intelligence in Berlin.

When the robot Sophia said Germany’s team remained one of the best in the world, Merkel said, “That’s true, if you take a long view. But this evening we’re all very sad.” 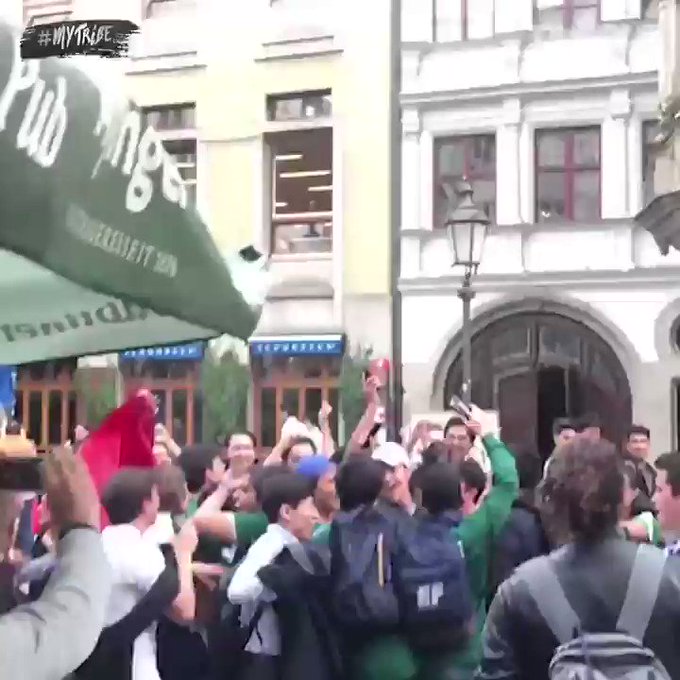 Mexico fans and South Korea fans celebrating together in Munich after knocking Germany out of the World Cup!

In West Berlin, along the swanky shopping avenue Kurfuerstendamm normally filled with cheering fans and honking cars, the mood was eerily silent. Glum-faced fans in Germany shirts moved slowly and quietly away from cafes and bars.

Tens of thousands of German supporters who had gathered to view the game at the Brandenburg Gate stood stunned after the South Korea loss, some moved to tears.

“We deserved to lose. Something definitely has to change now.”

Another tearful fan, Janin Roethig added: “The team just didn’t even fight. It was a terrible game.”