The Syrian government and its ally Russia stepped up their offensive to defeat the last rebels holding territory in southwestern Syria.

Israel was also on high alert on Monday as Syrian President Bashar al-Assad‘s forces regained ground from the southern rebels, bringing his troops close to the Israeli occupied Golan Heights.

Huge plumes of smoke could be seen from the occupied Golan Heights just across the fence in Syrian territory as government and Russian forces launched air strikes and tanks shelled the area.

“What we’ve been watching throughout the day is an intensive campaign by the Syrian government – backed by the Russians – to take what is this last pocket of opposition control. The group in charge here is affiliated with ISIL [Islamic State of Iraq and the Levant],” Al Jazeera’s Stephanie Dekker reported from the scene.

“There is no negotiation, no deal on the table for them. We have seen a lot of air strikes, tank shelling from this part in front of us, and also from the other side. So it looks like they’re advancing from two fronts.

“We’ve been here in and out in the last couple of weeks. Before we never saw any Israeli presence; today that has changed. We saw multiple platoons monitoring what’s happening behind us.”

Dekker identified the ISIL-affiliated fighters as belonging to the Khalid ibn al-Walid group. All other opposition fighters along the southwestern border left following deals struck with the Syrian government and Russian forces.

The most recent deal was reached on Thursday with rebel groups in Quneitra province, which adjoins the occupied Golan Heights. Fifty-five buses carrying the first group of Syrian rebels and their families arrived in Syria’s northwest on Saturday. Buses continue to leave.

Meanwhile, Israel said on Monday its air defences fired at rockets that approached its territory from neighbouring Syria, as Russia sent envoys for what it called “urgent” talks with Israeli Prime Minister Benjamin Netanyahu.

The discussions with the Israeli leader were arranged last week at the request of Russian President Vladimir Putin.

In a sign of heightened tensions, Israel launched two David’s Sling interceptor missiles at rockets the Israeli military later said fell inside Syrian territory – part of the internal fighting there.

The military did not immediately elaborate on whether the targets were shot down.

It was Israel’s first published operational use of the mid-range interceptors. The incident triggered sirens in northern Israel and in the Golan Heights.

Netanyahu held talks with Putin in Moscow on July 11 amid Israeli concerns that Assad, an old foe, may defy a 1974 demilitarisation deal on the occupied Golan Heights, or allow his Iranian and Lebanese Hezbollah allies to deploy there.

Russia has said it wants to see the separation of forces on the frontier preserved.

Netanyahu, in broadcast remarks, said he would tell the envoys, “Israel insists on the separation of forces agreement between us and Syria being honoured, as they were honoured for decades until the civil war in Syria broke out.”

He also reaffirmed, “Israel will continue to act against any attempt by Iran and its proxies to entrench militarily in Syria.”

Syrian state television said on Sunday an Israeli air strike hit a military post in the city of Misyaf in Syria’s Hama province but caused only material damage.

Also on Sunday, hundreds of Syrian “White Helmet” rescue workers and their families fled advancing government forces and crossed into the occupied Golan Heights, before arriving in Jordan with the help of Israel and Western allies.

The Syrian government on Monday condemned the evacuation, calling it a “criminal operation” undertaken by “Israel and its tools”.

The Syrian government accused the White Helmets of being agents of foreign enemies and working with insurgents. 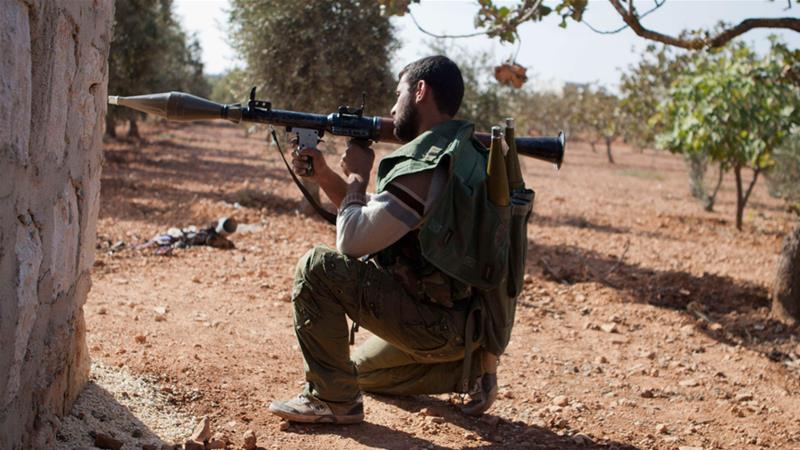