Some of the world’s top creative minds have been employed. Millions have been spent. The film has been months in the making and shrouded in secrecy. But this is not the release of a Hollywood blockbuster – it is the launch of the John Lewis Christmas advertising campaign.

Over the past decade the department store chain has turned its festive adverts into an annual media moment. It has produced a stream of heart-warming, tear-jerking ads, from a romance between two snowmen, to Monty the Penguin, the sad tale of a lonely man on the moon and last year’s bouncing boxer dog. This year it has once again pulled out all the stops to come up with a memorable campaign featuring Moz, a huge, snoring under-the-bed monster with puppy dog eyes.

Academy award-winning screenwriter Michel Gondry, the director behind Eternal Sunshine of the Spotless Mind, was called in to make the two-minute TV advert. Aside from working with middle England’s favourite shop he is known for his video collaborations with artists including Radiohead, Björk and Daftpunk.

The soundtrack to the ad is a classic Beatles song, Golden Slumbers from the 1969 Abbey Road album, re-recorded by rock band Elbow.

The cost of this extravaganza – all designed to boost sales and sprinkle a little glitter on the John Lewis brand – is reckoned to be about £7m. It will premiere in the advertising breaks in Friday night’s Gogglebox on Channel 4. Such was the pre-launch secrecy that journalists wanting to view the advert first had to sign a legal non-disclosure agreement.

The feelgood factor generated by the John Lewis campaigns has prompted retail rivals to up their game – and steal from the JL playbook. Marks & Spencer, which in 2016 gave us Mrs Claus, a James-Bond style character, has this year turned to Paddington, with TV adverts designed to cash in on the Paddington 2 movie.

Sainsbury’s, which in recent years has produced a touching commemoration of the famous first world war Christmas Day football match and an animated family saga accompanied by a song performed by James Corden, will unveil its 2017 campaign on Sunday night.

Boots, House of Fraser and Waitrose will also launch their Christmas campaigns this weekend. 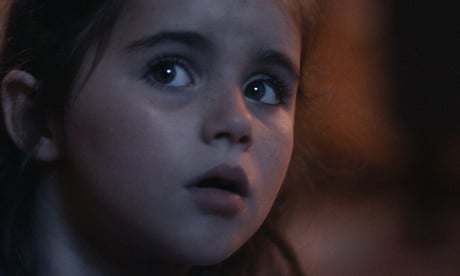 They are part of a total advertising splurge of nearly £6bn planned for the final quarter of 2017 – £140m more than last year, according to the Advertising Association, as stores and big brands attempt to persuade shoppers to forget their straining household budgets and enjoy a festive binge.

“The festive season accounts for such a significant proportion of sales that there can be no holding back on ad spend,” says Leo Rayman, chief executive of Grey London, the ad agency behind Marks & Spencer’s Paddington-led campaign. “A bad Christmas can make or break a company’s year.”

Retailers are facing a nail-biting run up to Christmas this year and a good advert could be the difference between a good and bad festive season. Inflation, an unseasonal warm start to autumn, consumer fears about the uncertainty of Brexit and a squeeze on disposable income have all hit sales in recent months.

A recent survey by the CBI business lobby group showed high street sales falling at their fastest rate since the height of the recession in 2009.

John Lewis is particularly hoping for a good end to 2017 after its profits halved at its parent group, which also owns Waitrose, in the first part of its financial year. 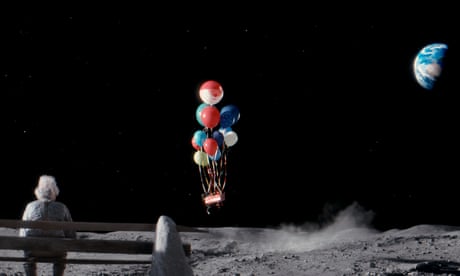 In recent weeks the department store has revealed a string of poor sales numbers, with takings down around 4% on the same time last year. Homewares and technology – big ticket items – have been particularly badly hit. Fashion chain Next has also reported falling sales, along with New Look and Debenhams.

Retailers now make special versions of their ads to be shared on Instagram and Facebook and some have piggy-backed on the frenzy that now accompanies the annual John Lewis ad by making amusing rip-off versions for social media. John Lewis itself is putting its Moz video on social media a full 13 hours before he appears on TV.

Moz the monster was created by John Lewis’s long-term agency Adam&Eve and shot in a London studio. It stars seven-year-old twins Ethan and Tobias, who both play the same young boy in different scenes.

Moz is an enormous Sesame Street-style puppet with two adult men inside. The monster puppet was filmed live and its expressions were added later using CGI technology partly created by mapping the face of an actor.

Craig Inglis, John Lewis’s customer director, said: “This year’s Christmas campaign brings to life the power of children’s imaginations and the joy of great friendships. Moz and Joe’s story is magical and heartwarming.”

Sarah Vizard, news editor of trade journal Marketing Week, described it as standard John Lewis schmaltz but warned that one Christmas soon the department store might need to come up with some new ideas to keep customers interested. “John Lewis is still the best at this kind of heartwarming story campaign. They follow a set playbook and don’t err far from that. It obviously works for them but I think at some point they might need to shake it up.”