Search
Follow us
Despite the South American side’s individual qualities, the Manchester City defender is not losing any sleep over facing the Selecao

Vincent Kompany insists Belgium are losing no sleep over Brazil’s qualities ahead of the World Cup quarter-final clash on Friday.

In the aftermath of Belgium’s dramatic victory on Monday, Martinez claimed the Red Devils had nothing to fear heading into the clash with Brazil, adding that it would suit his side not to be considered favourites.

And Kompany, who made his first start of the tournament against Japan after recovering from injury, echoed his manager’s thoughts.

“Individually, Brazil are the strongest team in this World Cup,” he told reporters.

“That is a compliment but it doesn’t affect our chances against them. None of us are going to sleep at night thinking we have already lost to Brazil.

“Defensively they are solid, they win all their defensive duels and in attack, they are not scared to take people on one on one. They always have a key to unlock any situation.

“We are going to look them in the eye. But if we make this a match of individuals, then we’ll lose.

“If it becomes a match of individual performances we’ve got no chance. If we play as a team, if we fight for each other, we can do it and that’s what matters to me.” 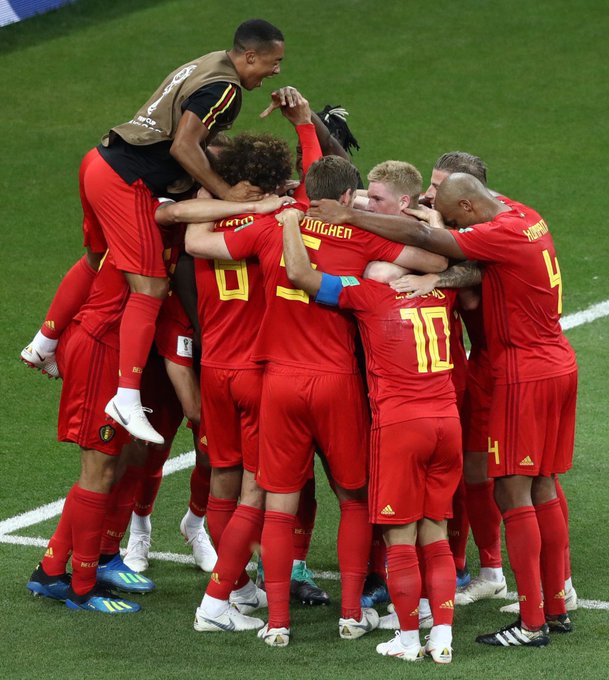 What a fight, what a game! Team spirit got us through today’s challenge! Belgium, keep going and keep on dreaming! Friday we take on Brazil! #Belgium #Japan #WorldCup #Russia #Brazil #REDTOGETHER

Under Martinez, Belgium have looked to develop a possession-based style, with the former Everton boss often preferring a 3-4-3 system to incorporate the Red Devils’ array of attacking talent.

And Kompany affirmed that, despite some shaky defensive displays – as exhibited against Japan – Belgium’s players have full belief in the Spaniard’s approach.