Pope Francis has returned to Rome after a trip to South America that he may well wish he never made.

The pope began his trip to Chile by asking for forgiveness for clerical sex abuses, saying he felt “pain and shame” for the damage done to victims.

But when he followed up by allowing a bishop accused of covering up these abuses to attend all of his masses, consternation was accompanied by troubling questions about the pope’s sincerity .

And that was just the beginning.

Asked about the controversial Bishop of Osorno, he said: “The day they bring me proof against Bishop [Juan] Barros, I’ll speak up. There is not one shred of proof against him. It’s all slander. Is that clear?”

His words, shortly before leaving for Peru, sparked outrage in and out of Chile.

“Should we have taken a selfie or a photo when Barros watched us being abused by Fernando Karadima?” said Juan Carlos Cruz, a victim of one of Chile’s most notorious paedophile priests.

“It is understandable that Pope Francis’ statements … were a source of great pain for survivors of sexual abuse by clergy or any other perpetrator. Words that convey the message ‘if you cannot prove your claims then you will not be believed’ abandon those who have suffered reprehensible criminal violations of their human dignity and relegate survivors to discredited exile,” O’Malley said in a statement published Saturday .

Sharply-worded editorials in newspapers such as the Boston Globe and New York Times followed.

Finally, speaking to journalists on his flight back to Rome on Monday, Pope Francis apologised for using the word “proof ” rather than evidence, and said he had not wanted to offend survivors of clerical abuses.

But he continued to defend Bishop Barros, saying he believes he is innocent.

His words have only added more fuel to the controversy.

“Will he continue treating victims whom the Chilean courts and the Vatican have deemed truthful as slanderous? What incentive will abuse victims have to come forward if in the end, to the pope, they will just be liars?” said Juan Carlos Claret, who represents parishoners demanding Bishop Barros’ resignation. 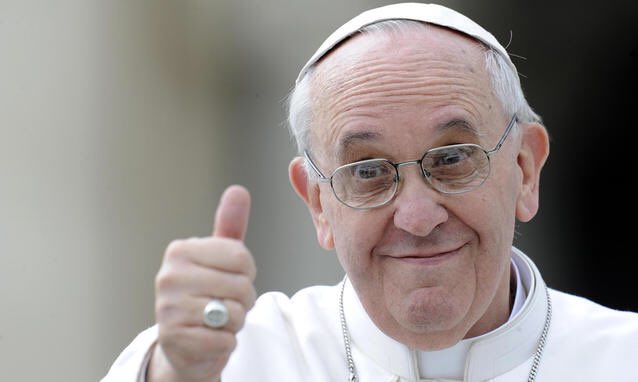 Pope Francis’ latest trip to Latin America:
1. Didn’t meet with Fujimori victims who asked him for meeting;
2. Failed to speak up on abuses by Maduro regime in Venezuela;
3. Defended a Chilean bishop accused of covering up pedophilia.
Impressive!

In a widely shared tweet, he wrote: “Pope Francis’ latest trip to Latin America: 1. Didn’t meet with Fujimori victims who asked him for meeting; 2. Failed to speak up on abuses by Maduro regime in Venezuela; 3. Defended a Chilean bishop accused of covering up pedophilia. Impressive!”

This is the same pope who in the early days of his papacy charmed much of the world and even made the cover of Rolling Stone magazine.

Millions who had lost trust in the Catholic Church applauded his promises to reform a monarchical and outdated institution stained by scandals, from sex abuse to corruption.

But now as Pope Francis enters his fifth year at the Vatican, there are nagging doubts.

His failure to speak out forcefully against the persecution of the Rohingya when he went to Myanmar late last year raised eyebrows.

The pope is still protecting the institution instead of the victims.

And two sex abuse survivors, who had been invited to join the Vatican’s much publicised advisory board on ways to prevent abuse against minors, have resigned.

“The pope is still protecting the institution instead of the victims,” says Peter Saunders, a British abuse survivor who says he was suspended from the commission for his outspoken views. He resigned last month.

The website bishopaccountability.org has now accused the pope of “turning back the clock to the darkest days of this crisis”.

And the backlash continues.

Latin America is still the Catholic Church’s main reservoir of faithful, although it is less than half as full as it once was 30 years ago.

The Argentine-born pope had hoped this trip might help restore faith and unity in the western world’s oldest but increasingly discredited institution.

But despite a moving visit to a women’s prison and meetings with young people where his charisma shone, it seems to have backfired.

As one Chilean newspaper headline summed it up: “The tendency now among Catholics is to believe, but no longer belong.”