The Russian Military of Defence released a video showing an ‘anti-aircraft’ competition which has participants using tanks and other weaponry in order to eliminate simulated armed groups.

The competition called ‘Clear Sky 2018’, as the groups are trained at Yeysky range in the Krasnodar region in southern Russia.

This comes as Yulia Skripal appeared on camera for the first time since the Salisbury attack in March. 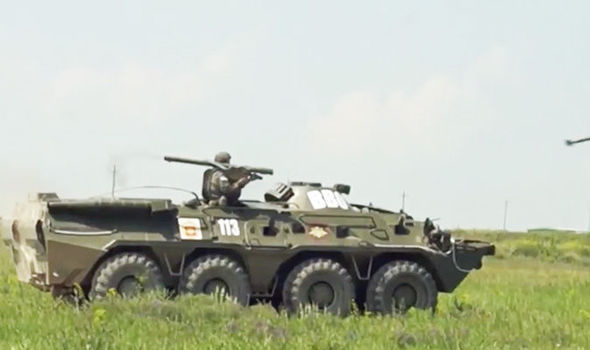 We are so lucky to have both survived this attempted assassination

Ms Skripal said: “I came to the UK on the 3rd of March to visit my father, something I have done regularly in the past.

“After 20 days in a coma, I woke to the news that we had both been poisoned.

“We are so lucky to have both survived this attempted assassination.”

Around 200 anti-aircraft gunners were involved in the combat shooting and more than 50 pieces of military equipment were used.

The Russian foreign minister this morning said the British response to the Salisbury spy attack was “irresponsible” and “not based on evidence”.

The Foreign Minister Sergei Lavrov had also previously said: “Our response will come soon – I promise you that.”