Search
Follow us
US President Donald Trump on Wednesday offered North Korean leader Kim Jong-Un what he called “a path towards a much better future” as tensions soar over Pyongyang’s nuclear ambitions.

“The weapons you are acquiring are not making you safer,” Trump said in an address to the South’s parliament, in what he described as a direct message for Kim.

“They are putting your regime in great danger,” he added. “Every step you take down this dark path increases the peril you face.” 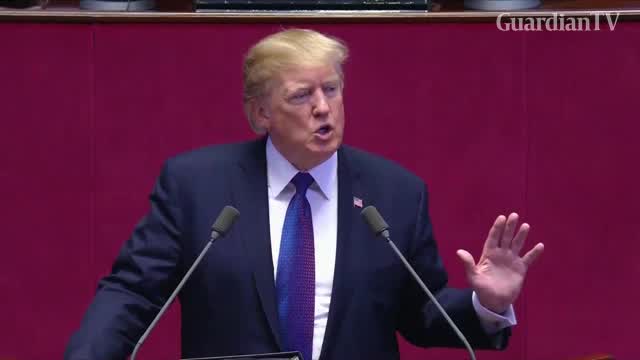 Trump denounced Pyongyang as a “cruel dictatorship” and told Kim, who is the third generation in the country’s ruling dynasty, that: “North Korea is not the paradise your grandfather envisioned. It is a hell that no person deserves.”

But “despite every crime you have committed against god and man,” he went on, “we will offer a path towards a much better future”.

It would have to start, though, with North Korea stopping its development of ballistic missiles and “complete verifiable and total denuclearisation”, Trump said.