Hong Kong and southern China took cover on Sunday as strong winds and heavy rain from Typhoon Mangkhut lashed the densely populated coast, a day after the biggest storm to hit the Philippines this year left at least 64 people dead.

Two more people were killed as the storm made landfall in southern China, according to Chinese state broadcaster CGTN.

More than 2.4 million people had been evacuated from seven cities in Guangdong province of China, according to The Associated Press news agency.

In Hong Kong, authorities warned people to stay away from the Victoria Harbour landmark, where storm surges battered the waterfront reinforced with sandbags.

The gambling enclave of Macau, meanwhile, closed its casinos for the first time, according to the South China Morning Post, as nearly 50,000 fishing boats were called back to port.

Mangkhut made landfall in Guangdong around 5pm local time (09:00 GMT) on Sunday, packing wind speeds of 162 km/h, while 10-metre-high waves battered the coastline.

The national meteorological centre said southern China “will face a severe test caused by wind and rain” and urged officials to prepare for possible disasters.

Hundreds of flights were cancelled. All high-speed and some normal rail services in Guangdong and Hainan provinces were also halted on Sunday, the China Railway Guangzhou Group Co said. 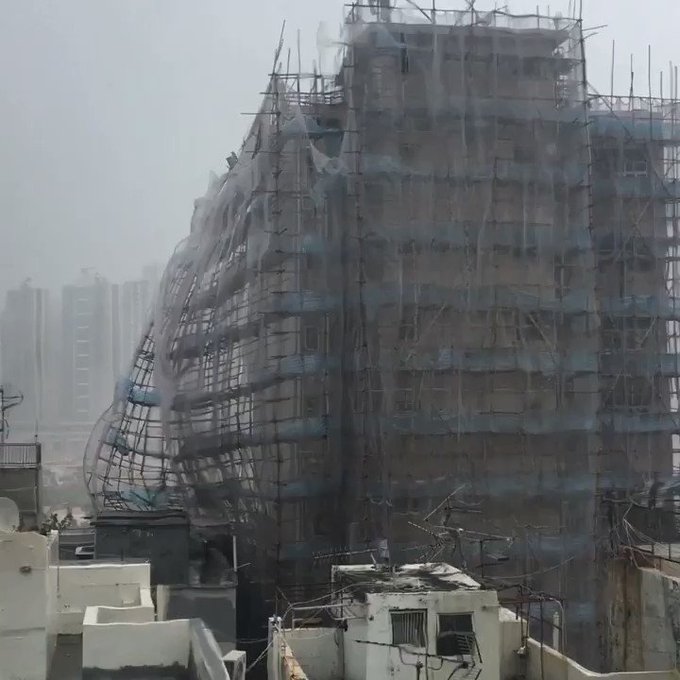 Bamboo scaffolding being ripped off buildings in #HongKong city this afternoon with #TyphoonManghkut affecting the area… #MangKhut #Typhoon_Mangkhut report; @SCMPNews

In Fujian province and elsewhere, tens of thousands of fishing boats returned to port and construction work came to a stop.

Fuelled by the warm waters of the South China Sea, the typhoon will begin to lose power now it is overland and will be reclassified as a tropical storm.

However, flooding over its forecast path is expected to be extensive as heavy rain falls out of the declining cyclone.

In Gyangdon, 250mm of rainfall is expected over the next 24 hours, with some pockets of 400mm.

In the Philippines, the death toll of Mangkhut jumped to 64 on Sunday as more landslide victims were discovered.

Most were killed in landslides in or near the Cordillera mountain region, AP reported.

At least 40 people, mostly gold miners, got trapped in a landslide in the country’s north.

Police superintendent Pelita Tacio told AP that a part of a mountain slope collapsed on the miners’ homes in a far-flung village of Itogon town in Benguet province as winds and rain pounded the gold-mining region on Saturday.

Rescue efforts are being hampered by rain and mud but search operations are expected to resume at daybreak on Monday, according to Victorio Palangdan, the mayor of Itogon.

Palangdan told reporters that up to 100 people in the Philippines are feared dead as a result of the typhoon.

Al Jazeera’s Jamela Alindogan, reporting from Cagayan province, said the storm cut off power and communications in the city of Tuguegarao and devastated rural communities in the region.

“We saw homes and farmland destroyed throughout rural communities. Access into these areas is difficult, which means aid may be slow to arrive, too,” she said. “They barely had anything before the typhoon, and now they have even less.”

Among the fatalities were an infant and a two-year-old child who died with their parents after the couple refused to immediately evacuate from their high-risk community in a Nueva Vizcaya mountain town, said Francis Tolentino, an adviser to Philippine President Rodrigo Duterte.

“They can’t decide for themselves where to go,” he said of the children, expressing frustration that the tragedy was not prevented. 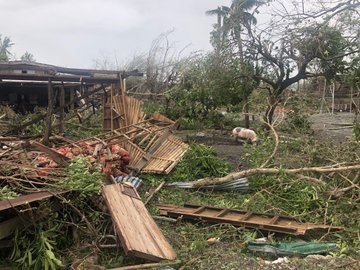 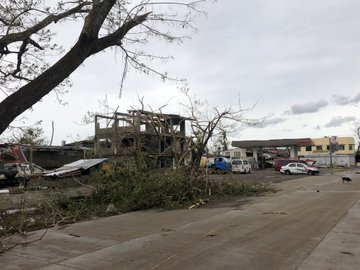 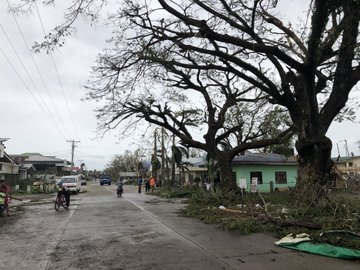 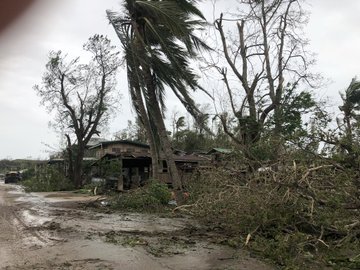 We ventured out and drove past rural communities. One of the many areas that we saw… the devastation in the town of Bagao. No reported casualties so far, but quite a number of civilians lost their homes. @AJEnglish @tedregencia @AJENews #Mangkhut

About 87,000 people had evacuated from high-risk areas of the Philippines. Tolentino and other officials advised them not to return home until the danger had passed.

The Tuguegarao airport terminal was also damaged, its roof and glass windows shattered by strong winds.

The typhoon struck at the start of the rice and corn harvesting season in the northern breadbasket, prompting farmers to scramble to save what they could of their crops, Cagayan Governor Manuel Mamba said.