A shop and a mosque in central Sri Lanka have been attacked as communal violence continues in the South Asian island nation despite the declaration of a state of emergency over anti-Muslim riots.

A resident of Madawala, a village close to the hill city of Kandy, said he saw a shop burning at 11:30pm on Tuesday, just hours after President Maithiripala Sirisena issued the emergency decree and imposed a curfew there.

“I heard a building was on fire and went outside to take a look and saw a massive blaze,” Mohamed Manazir told Al Jazeera.

The shop which sold spare parts belonged to a Muslim man, he said.

“There are no other major incidents in Madawala. The police and army have taken full control of the area now, and the fire brigade has succeeded in putting out the fire,” Manazir said.

Ground Views, a local news website, meanwhile said mobs attacked a mosque in the Wattegama village, located to the northeast of Kandy. 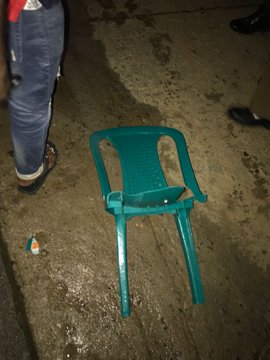 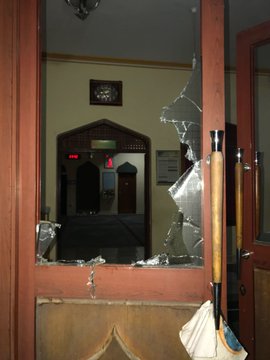 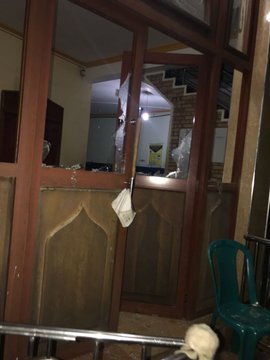 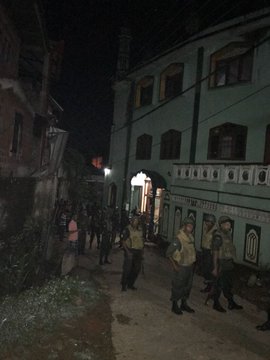 The Colombo-based website posted on Twitter pictures of a shattered glass door and a broken chairs, and an audio clip from a man who said he was inside the mosque when the attack happened.

“The mosque is under attack by mobs. Police are shooting,” he was quoted as saying by Ground Views.

Sri Lanka’s government has deployed soldiers to Kandy after mobs from the Buddhist Sinhala majority vandalised and set fire to mosques, businesses and shops belonging to Muslims.

The violence was triggered by the death of a Buddhist man who was reportedly beaten by a group of Muslim men a week ago.

A police curfew was imposed in Kandy on Monday to prevent more clashes. Dozens were arrested, the police said.

Sirisena imposed the 10-day emergency on Tuesday after a Muslim man’s body was pulled out from a burnt-out building on Tuesday.

The emergency measures would “redress the unsatisfactory security situation prevailing in certain parts of the country”, Sirisena said.

“The police and armed forces have been suitably empowered to deal with criminal elements in the society and urgently restore normalcy.”

It is the first time since Sri Lanka imposed an emergency since 2011, after ending a bloody civil war with Tamil separatists.

“As a nation that endured a brutal war, we are all aware of the values of peace, respect, unity and freedom,” Ranil Wickremesinghe, Sri Lanka’s prime minister, said in a Twitter post.

The government “will not hesitate to take further action”.

Muslims make up 10 percent of the country’s population of 21 million.

Tensions have flared up between Buddhists and Muslims in recent years, with hardline groups accusing Muslims of forcing people to convert and destroying Buddhist archaeological sites.